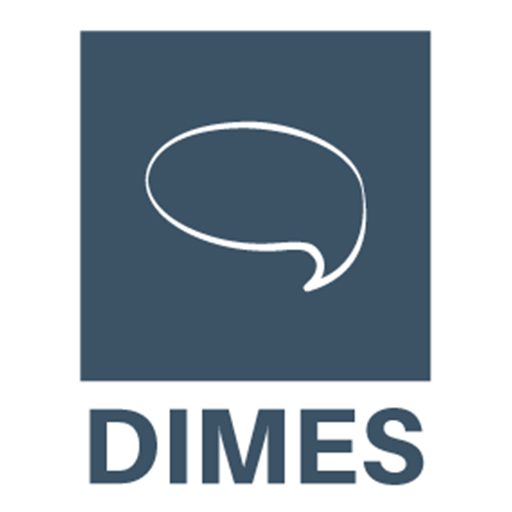 Diversity, Inclusion and Multidisciplinarity in European Studies (DIMES) is a Jean Monnet Project funded by the Erasmus+ Programme of the European Union.

The authors are part of the DIMES project.

Drawing from political transnationalism of African migrants in France, Dr Tshimpaka argues that France-based African migrant combatants from Francophone countries, transnationally network within the ‘Rassemblement des Africains et Afro-descendants pour la Souverneite’ de Afrique’ (RAASA) to contest the European narrative on African migration, that they deem to be misleading. By doing so, they actively engage each other and ordinary host citizens on metro trains to raise transnational awareness. European countries should not undermine political transnationalism of RAASA, which may contribute to democracy promotion in Africa but, also be a recipe for future conflict opposing political elites to their citizens in Europe, if overlooked. Following the unprecedented drowning of thousands of African migrants in the Mediterranean Sea, more voices were raised from the EU Council and UN Security Council to counter migrant smuggling. In 2015, the instituting of Resolution 2240 and proxy borders in Libya, Morocco and Turkey were part of additional reinforcing measures to control migration flows to Europe. However, these measures were criticised for dealing with consequences but not addressing the causes of African migration to Europe. Traditionally, African poverty and political turmoil narratives have dominated European media, shaping the attitudes of European host citizens toward African migrants. Pushed out by homeland authoritarian practices, once in Europe, African migrants create alternative spaces to counter the European mainstream migration narrative by engaging host citizens on in-depth push factors of African migration.

This Blogpost identifies France-based African migrant combatants as Francophone African asylum seekers, refugees and migrants living in France, but who undertake transnational political activities that tie them to Africa. They are combatants against their homeland political regimes, in Benin, Congo-Brazzaville, Chad, Cameroon, Democratic Republic of Congo (DRC) Niger, Mali, Cote d’Ivoire, Gabon and Senegal. These countries feature some similarities that unite their citizens abroad to exercise political transnationalism. Firstly, the 2018 Bertelsmann Stiftung Index (BTI), the 2019 Democracy Index of the Economist Intelligence Unit and the 2019 Ibrahim Index of African Governance (IIAG) Report, have all rated these African countries as authoritarian or hybrid regimes. Secondly, these African countries either are former French colonies or have adopted the French language. Thirdly, except the DRC, most of these countries use the CFA Franc, printed and guaranteed by the French Treasury.

A desktop review and content analysis of YouTube videos featuring African migrant combatants highlighted how the European political opportunity structure and exit context have together facilitated political transnationalism of migrants in France. Given the established democratic principles in Europe and homeland authoritarian practices, African migrant combatants have created two alternative spaces where they exercise political transnationalism. One space is the ‘Rassemblement des Africains et Afro-descendants pour la Souverneite’ de l’Afrique’ (RAASA), a grouping of France-based African migrants and Afro-descendants from the above listed African countries, which was formalised in 2019. Championing African sovereignty, RAASA is presented as a socio-cultural association dealing with both integration and voluntary return of African migrants based in Europe. It is an umbrella for France-based transnational networks of African migrants, who share information on homeland political affairs and collectively develop strategies to employ during their transnational citizenship in Paris.

In another space, RAASA advances migration evangelism, here understood as zealous advocacy on African migration on metro trains, with the aim of engaging citizens in Paris and raise transnational awareness by denouncing what they claim to be African plights engineered by French political manipulation. Migration evangelism is a self-organised space designed to develop strategies that denounce political partnership uniting French politicians to African authoritarian elites. One evangelist, Mr Ngouma de Mangoubi Donald, who is called ‘Home du Metro Parisien’ commutes daily from one Parisian metro train to another in order to exercise migration evangelism. After greeting his listeners and advising them that he is not begging for money, Mr Donald proceeds by zealously contesting European African migration narratives using the following words:

“Thank you for your attention as I will go straight to the point. Someone may wonder why there are many African migrants in France. I have an answer for you which is totally different from what your politicians are telling you through single-minded media. The truth is your French leaders plunder African resources by maintaining puppet African dictator Presidents in power who confiscate country resources to the detriment of their ordinary citizenry. France does not have Cacao, Uranium, Oil which are African resources”.

During migration evangelism, RAASA members unpack what they deem to be political interference of the French government in African political affairs. According to RAASA, French politicians partner with African dictators to plunder African resources in exchange for political power. Consequently, ordinary Africans are marginalised and plunged into poverty fuelled by authoritarian practices and uneven distribution of resources that push desperate people in exile. These views were reiterated by Di Maio, leader of the Italian Five Star Movement. The French President Macron refuted these allegations in his response to a Cameroonian combatant, who recently confronted him publicly in Paris. Sometimes, migration evangelists in combatant camouflage and with African flags around their necks, use pictures illustrating dead migrants from the Mediterranean Sea and African leaders posing with French politicians to support their claims. But these pictures should not be regarded as sufficient empirical evidence for their claims. Additionally, African migrant combatants and ordinary French commuters digitally disseminate migration evangelism through their respective social media platforms, which raises transnational awareness that may trigger local citizenship in both France and Africa.

To sum up, African migrant combatants use migration evangelism as alternative spaces to engage with ordinary commuters, denouncing France political support to homeland authoritarian rulers triggering an exodus of Africans to Europe. An empirical study is needed to confirm these allegations. To RAASA, the problem is not from Africa but in France. European countries should not undermine continuous migration evangelism on a metro train, which may contribute to democracy promotion in Africa but, also be a recipe for future conflict in Europe opposing political elites to ordinary citizens, if overlooked.

More articles from the blog

Migration Evangelism to French Commuters: Political transnationalism of France-based African migrants on board of trains | Welcome to DIMES |

UACES and Ideas on Europe do not take responsibility for opinions expressed in articles on blogs hosted on Ideas on Europe. All opinions are those of the contributing authors. The content is licensed under a Creative Commons Attribution - NonCommercial - ShareAlike 4.0 International License.

The map in the Ideas on Europe logo is an abstract map. It does not imply the expression of any opinion whatsoever on the part of UACES and Ideas on Europe concerning the legal status of any country, territory, city or area or of its authorities, or concerning the delimitation of its frontiers or boundaries.